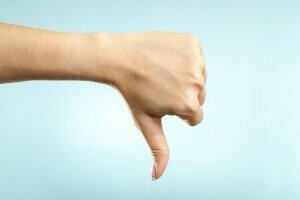 On Monday night, December 29, 2014, Governor Cuomo vetoed a bill that promised to protect “New York’s standing as a national leader in teacher evaluation.” Specifically, the legislation would have created a two-year safety net that excluded Common Core state tests from teachers’ and principals’ annual professional performance reviews if the teacher or principal was rated developing or ineffective. A teacher or principal who is still ineffective or developing based on the non-state factors would still face all of the consequences under the current law, including an expedited hearing process for termination of teachers who are rated ineffective for two years in a row.

This veto is particularly interesting given that the governor’s own administration drafted and negotiated the bill in response to lobbying efforts from the New York State teachers’ union. The union supported the bill and claimed that it “ensure[d] that teachers are treated fairly.”

The governor referenced the teacher evaluation results released by the State Education Department as his basis for vetoing the legislation. Cuomo wrote in his veto message that “the 2013-2014 teacher evaluation results…are not an accurate assessment—only 0.7% of teachers were rated ‘ineffective’ under the APPR, and so the legislation is unnecessary.” He went on to state:

The temporary provisions do not fix the foundational issues with the teacher evaluation system. Given what we know now, it would make no sense to sign this bill and further inflate these already inflated ratings. Instead, it is critical that we make systemic improvements to the evaluation system so that it acts as a rigorous, accurate, and reliable measure that will allow districts and schools to meaningfully differentiate between educators.”

NYSUT released a statement opposing the governor for vetoing the bill. Cuomo promised that he will propose “comprehensive reforms” to the current APPR system in the next year. Stay tuned in the upcoming year for further developments to New York’s teacher evaluation system and Governor Cuomo’s proposed reforms to the system.

Melanie Beardsley is an associate in the Education Practice at Hodgson Russ LLP. You can reach her at .

Presented by Hodgson Russ LLP, SchoolNET provides topical information, analysis, commentary, and resources on the latest developments in education and special education law to help school districts meet their legal challenges. SchoolNET is written by a team of education law and public-sector employment law attorneys dedicated to helping school districts establish the best possible educational and work environments for their students and staff.